A 5-year-old boy in Alabama was hit and killed by a vehicle after his mother’s boyfriend forced him out of his car “for being unruly,” authorities said Monday.

Bryan Starr, 35, who is an active-duty soldier at Fort Benning, has been charged with reckless murder for the death of his girlfriend’s child, Austin Birdseye.

Russell County Sheriff Heath Taylor, in a news conference, said Starr was driving with Birdseye on Saturday night. He took the boy for a drive to “calm him down” when he acted up at his home. When the child became unruly inside the car, Starr pulled over at a church parking lot and forced him out of his car as a punishment. He soon lost sight of the child as it was raining outside. The boy wandered into the busy Highway 165 and got hit by another vehicle.

Russell County Sheriff’s Department arrived at the scene and rushed the child to the Piedmont Columbus Regional hospital but he was pronounced dead by the doctors, reported CBS News.

“I can’t imagine the mother’s grief that she is going through. It’s just tough,” Taylor said.

The boy wandered away into a busy highway and got hit by a car. Photo: pixabay

The driver of the car involved in the crash was not charged.

“We have their information and we’ve spoken to them, and will speak to them again. But at this point, there’s no indication that they had any chance of not hitting the little guy,” Taylor said, reported local news outlet KTLA.

Starr lived with his girlfriend, Christina Birdseye, at a home in southeast Alabama. She was not in the car with her son while Starr took him for the drive.

The deputies at the scene reported that Starr was upset and remorseful when they found him at the scene. He turned himself into the Russell County Sheriff’s Office. Starr could face 20 years to life in prison if convicted.

“I can understand trying to discipline a child – I don’t understand putting a child out in the rain and losing sight of the child. That’s what is just mind-boggling to me. I don’t know what he was thinking.” Taylor said. 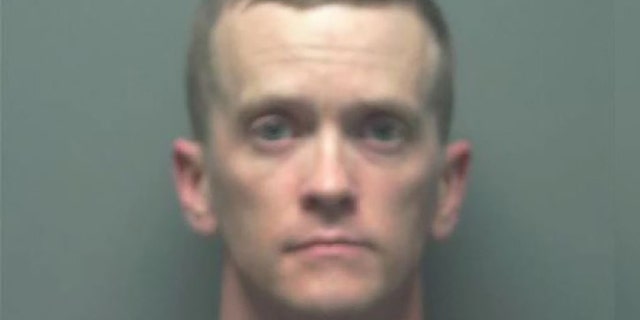 A veteran soldier is facing a reckless murder charge after he allegedly told his girlfriend’s 5-year-old son get out of a vehicle shortly before the boy was struck and killed on a highway.

Bryan Starr, 35, was questioned after the Russell County Sheriff’s Office investigated a crash which occurred along Highway 165, near County Road 24, in Alabama around 8 p.m. last Sunday.

Starr told detectives that the boy, who was later identified as Austin Birdseye, was misbehaving so he pulled over in the rain at a church and told him to get out, according to police. Fort Benning soldier Starr is said to have lost the child in the rain.

Birdseye then wandered onto the busy Highway 165, where he was struck by a different vehicle. He was taken to Piedmont Columbus Regional, where he was later pronounced dead.

Russell County Sheriff Heath Taylor said the boy’s mother was not in the vehicle at the time. Starr was taking the 5-year-old to the Fort Mitchell home he shares with his girlfriend just a few miles away from where the child was struck.

“It’s just horrific,” Taylor told WKRG. “I can’t imagine the mother’s grief that she is going through.

“It’s just tough. What do you say to that? What is your thought process when you tell a five-year-old to get out of the car on a rainy night because they were loud in the car? It’s just heartbreaking.”

Taylor said the driver of the vehicle who hit the child is devastated, and was not at fault for the accident.

It is not known how long the child was outside in the rain before he was hit by the vehicle. Taylor said officers are obtaining surveillance video from the church parking lot as part of the investigation.

In a statement to WRBL, Ben Garrett, spokesman for Fort Benning, said the military base is cooperating with local law enforcement officials.

Starr, originally from Marengo, Illinois, is assigned to 3rd Squadron, 16th Cavalry Regiment, 316th and has 17 years of service.

His previous assignments include the National Training Center at Fort Irwin, California; Fort Bliss, Texas; Fort Knox, Kentucky; and Schofield Barracks, Hawaii as well as one combat deployment to Iraq.

“We are deeply saddened by this tragic event and extend our heartfelt condolences to the family of the deceased,” Garrett added.

Alabama Troopers are also investigating the crash. The Russell County Sheriff’s Office has been contacted for further comment.