TORONTO, Dec. 3, 2020 /CNW/ – Radioplayer Canada, the radio streaming app that delivers more than 500 radio stations to Canadian listeners across multiple platforms, has partnered with Google to launch one of the first apps developed on the new Android Automotive Operating System (OS) in the new Polestar 2 electric car. Radioplayer has been chosen as a launch app for the new Polestar 2, the innovative electric car brand from Volvo Cars and Geely Holding, which features the first embedded infotainment system powered by Android Automotive OS. 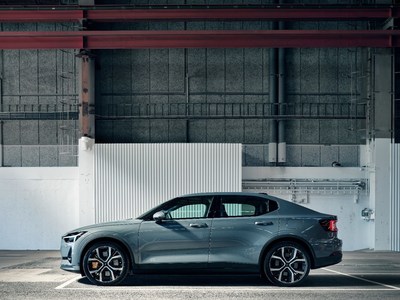 Working with the team at Google, Radioplayer has been one of the first organizations to develop an Android Automotive version of its radio app, which will be recommended to drivers of vehicles sold in Canada and other Radioplayer countries via a ‘Playout Auto Install’ process. This status is only available to a handful of partner apps, pre-selected by Google.

The Polestar 2 will roll out across North America beginning in November. Google and Polestar are coordinating with Radioplayer Canada, to ensure they deliver the best possible radio experience in this innovative new infotainment system.

The development of Android Automotive-compatible versions of its mobile app is the first step for Radioplayer in ensuring hybrid capability (merging broadcast radio with online streams, logos, podcasts, and rich visuals) for all apps in Android Automotive.

Michael Hill, Radioplayer Managing Director Worldwide said, “We’re delighted to be supporting the launch of the Polestar 2. Radio has always been front-and-centre in car entertainment systems and our aim is to ensure that continues by developing smart radio interfaces which deliver the next-generation audio experiences that listeners expect. We will be developing Android Automotive capability which supports the merging of broadcast radio with online content, in a rich hybrid implementation. Radioplayer is proud to be leading this work on behalf of our thousands of international member stations.”

“We are delighted to deliver the world’s first car to feature Android Automotive OS from the factory,” said Hugues Bissonnette, Country Manager for Polestar. “In order to get the most from the system a driver can explore the App offering in Google play, and we are pleased to include Radioplayer Canada amongst the launch selection of Apps available.”

In an era of rapidly changing listener habits, Radioplayer Canada has expanded from being available on iOS, Android devices and online, to a growing number of streaming platforms and smart speaker devices, including Amazon Echo, Amazon Fire TV, Sonos, BOSE, Google Chromecast, Apple CarPlay, and Android Auto, among others. Radioplayer maintains a core focus on the in-car experience, with a growing number of automotive partnerships.