The aviation industry has suffered greatly during 2020 with airlines canceling flights en masse due to the pandemic. One would assume that a company which leases aviation equipment would be in dire straits financially.

However, even though its earnings have been impacted by the pandemic, Fortress Transportation (FTAI) still has generated more than enough Funds Available for Distribution, FAD, to amply support all three of its distributions in 2020. 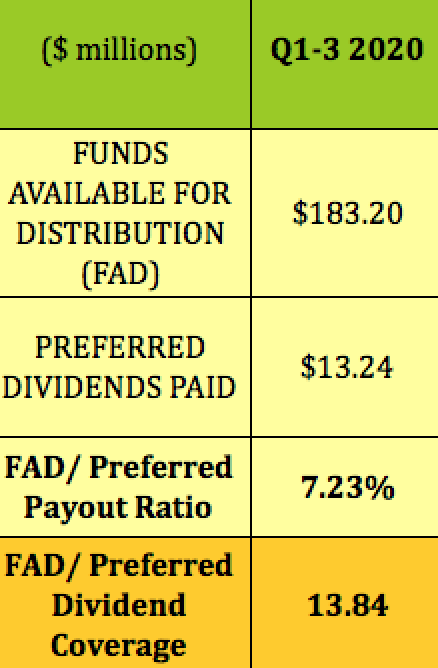 Likewise, its common distributions had a reasonable payout ratio of 46.49%, or coverage factor of 2.15X, which weren’t as strong as Q1-3 ’19’s figures, but still provided ample coverage: 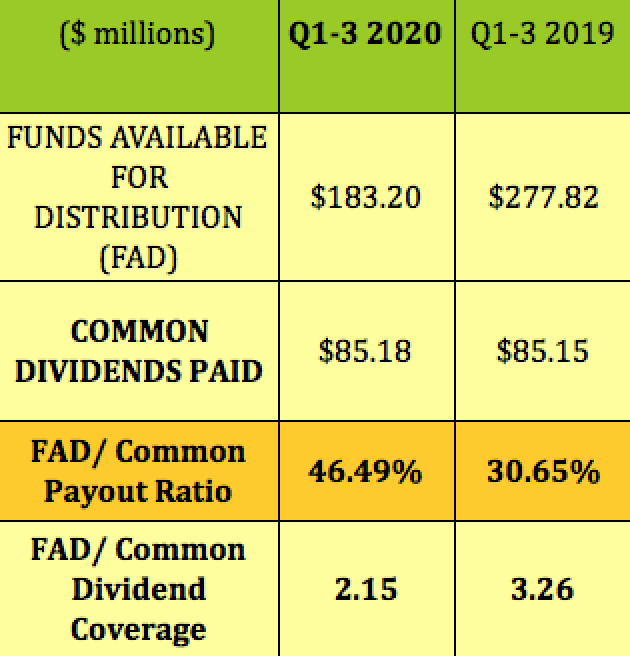 FTAI issues a K-1 for its distributions.

FTAI has two cumulative preferred series, its A shares and a B series, which it issued in 2019. 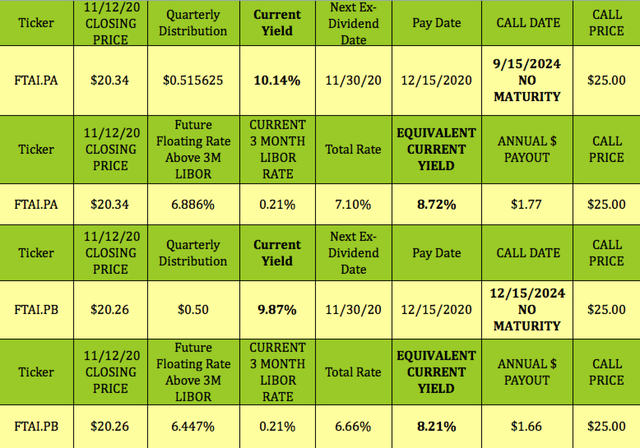 While four years may seem like a long way off, there are futures markets which project that far out, as do bond markets. This tidbit was published this week:

“The eurodollar futures market, which tracks short-term U.S. interest rate expectations over the next few years, is betting on a U.S. rate hike by September 2023, moving up by half a year its estimated start of the next tightening cycle.” (Nasdaq.com)

It just might be that rates could move back higher by the time these Q3-4 2024 floating rates kick in.

At $17.39, FTAI’s common units yield 7.59%. They won’t go ex-dividend again until March 2021, but there are some attractive option trades you can use as a substitute for the quarterly payout.

Like some of the other dividend stocks in our recent articles, FTAI also has some